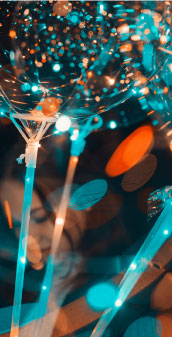 The Advanced Therapies Awards 2023, was hosted be hosted by Andy Buckley! Andy is an American actor and financial analyst best known for his role as David Wallace on the NBC comedy series The Office.

The Phacilitate Lifetime Achievement Award, voted for by the Phacilitate community and our judges, was awarded to Dr Carl June for his groundbreaking work in the development of the CAR-T therapy that cured not only industry-known names such as Bill Ludwig and Emily Whitehead – who this year celebrated 10 years ‘cancer-free’ – but a subsequent 1,500+ patients around the world. Tom Whitehead presented the award, commenting on Dr June’s simultaneous ‘hero’ and ‘friend’ status within his family, and the honor he felt in being able to present the award itself. In preparation for presenting this award, the Phacilitate team interviewed colleagues, patients and parents impacted by Dr June’s work, for a film summarizing his lifelong commitment to the development of CAR-T. Watch the video presented at the awards, below
https://www.phacilitate.com/advanced-therapies-award-winners-announced-with-special-dedications/

Will you be joining us for an evening of celebration and success?

Our judges are a leading group of Advanced Therapies influencers, submit your entry and be seen and acknowledged by these leading voices

The black-tie awards dinner hosted by an exciting surprise celebrity guest is a great opportunity to network, and celebrate with your peers

The categories cover the various work happening in the industry. By attending you will join the industry to celebrate all of the finalists